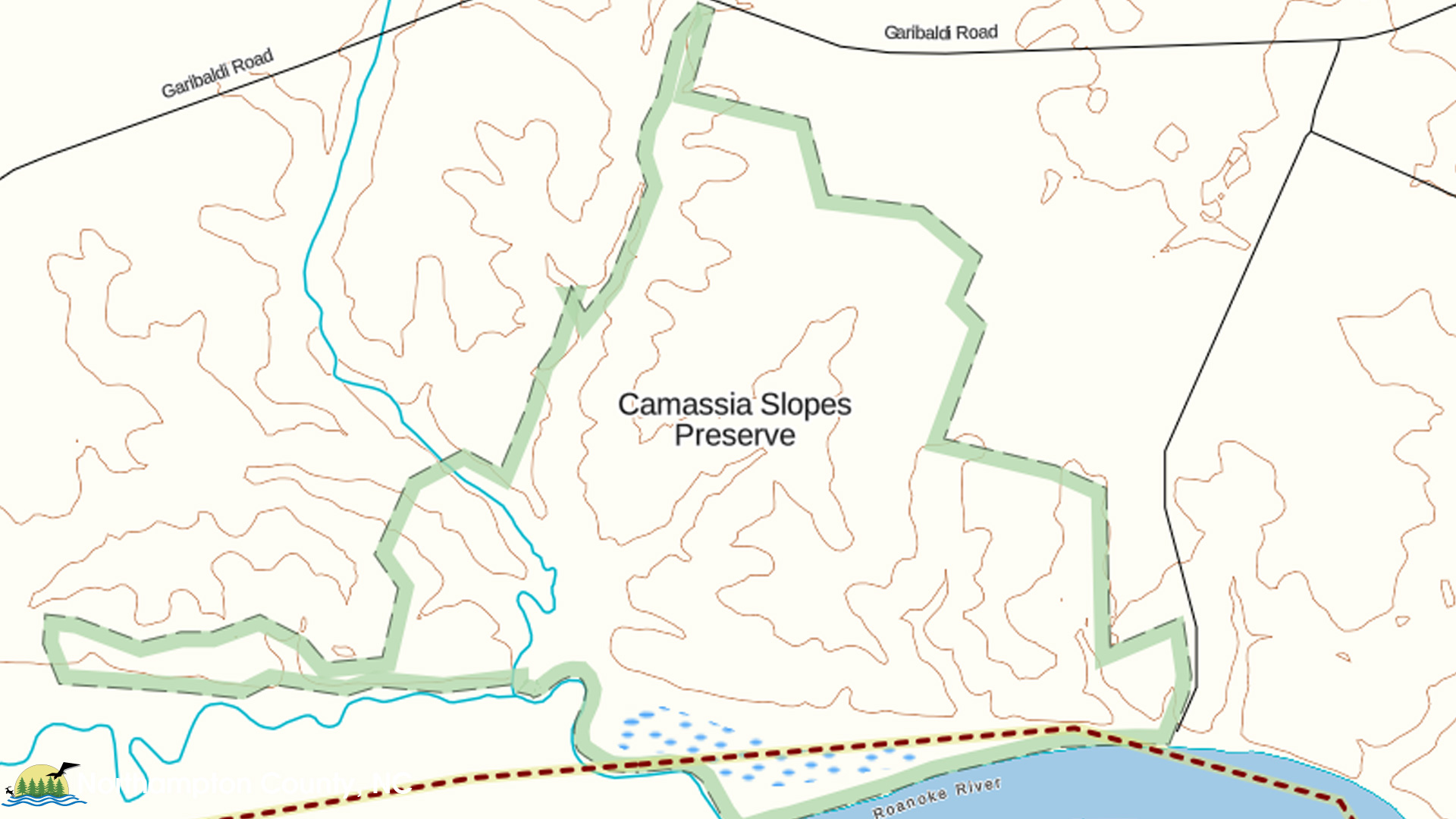 This unusual assemblage of plant species is thought to be a remnant from the ice age some 220,000 to 400,000 years ago. The preserve's high-base soils and terraced slopes, with angles of 15 to 35 degrees, enable these unique species to thrive here.

Large numbers of breeding neotropical migratory birds can be seen throughout the Roanoke River floodplain in the spring and summer. Prothonotary warbler, Louisiana waterthrush, American redstart, and the rare cerulean warbler are some of the neotropical migratory songbirds that nest at Camassia Slopes. The preserve is also a good spot to see wild turkey.

Wildflower enthusiasts will love taking a field trip to Camassia Slopes Preserve in the lower Roanoke River floodplain. Located on the north bank of the Roanoke River, Camassia Slopes has unusual soil types for the Coastal Plain, with highly basic soils more commonly found on midwestern river banks. The preserve is named for the wild hyacinth (Camassia scilloides) that grows abundantly in the area's hardwood forest and is rare east of the Appalachians. The preserve contains other wildflower species considered rare in North Carolina: sessile trillium, wild blue phlox, purple larkspur, and three birds orchid. In all, more than two dozen species of endangered, uncommon, or rare wildflowers are found at Camassia Slopes.